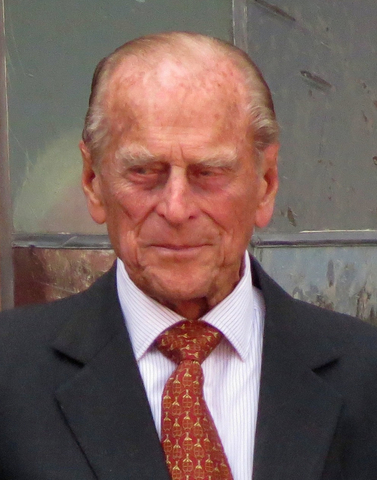 We are saddened by the news that Prince Philip, Duke of Edinburgh, died on 9th April aged 99. He had been dedicated to Her Majesty the Queen and the many interests for which he was Patron. His legacy of the Duke of Edinburgh’s Award Scheme has benefited bell ringing through service and activities for young people.

Guidance for ringing for the Duke of Edinburgh

Following conversations with the Church of England today, half-muffled tolling or chiming of a single bell on Saturday 10th April 2021 at 12 noon, 99 times or up to 5 minutes is recommended following the announcement of the death the Duke of Edinburgh. The Cabinet Office has declared 8 days of official mourning, during which time any other ringing should be half-muffled and in accordance with current Covid-19 restrictions. Half-muffled tolling or chiming of a single bell is recommended on the day of the funeral. There is no special dispensation of current ringing guidance on Sunday.

What the Church is expecting is tolling of a single bell during the hour before the funeral, which starts with a minute’s silence at 3pm on Saturday. You don’t need to toll for the full hour, just during the hour, e.g. up to 3pm. Half muffled preferred, but a single bell tolling slowly whether half muffled, fully muffled, or even unmuffled, will have the desired effect. 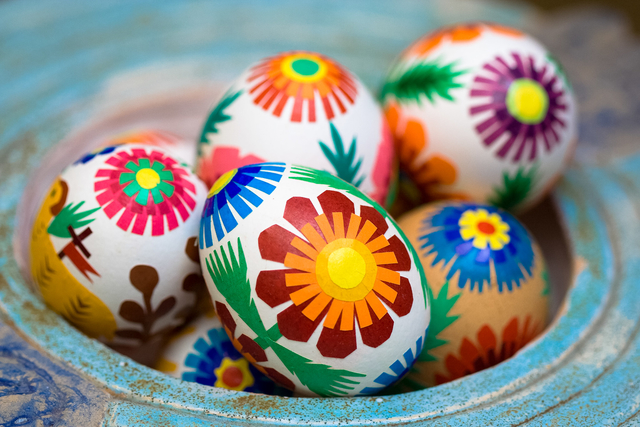 Many incumbents are asking if some bells can be rung as part of their church or cathedral’s Easter celebrations, and bellringers are also keen to play part. The Central Council believes that bells are an important part of the act of worship, particularly on Easter Sunday. Unlike at Christmas, UK and Irish Governments have not introduced any relaxations of the rules on meeting indoors for Easter. Those rules are readily available and well understood.

The CC has established guidance on reducing the risk of ringing both to ourselves and each other, and most recently published our latest thinking on virus transmission and ventilation in ringing chambers, with chancel crossings at one end of the risk scale and small airless rooms at the other. The CC recommend considering all these factors when decided how many bells can be rung and for how long, in consultation with your incumbent, churchwardens or Cathedral Chapters. 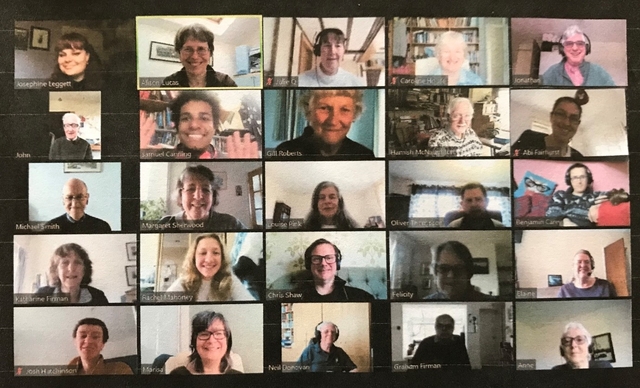 Such is the success of the SCACR Handbell morning that we were joined this month by visitors from Yorkshire, who came to see how it is done. The YACR are planning their first Virtual Handbell Morning later in the month and our model is a good example. The dialect and probably the weather will be different but other than that the well-oiled machine is now to be replicated in the north.

29 ringers in total joined the event on 27th March. We had one person who had never rung handbells before, all the way through to the eminent new Master of the Birmingham University Society of Change Ringers. Jonathan welcomed everyone to the group and explained how the morning would work.

We had the comfort of ‘Hamish is Here’ to resolve technical issues, however there were virtually none to worry about this time, which left all the focus for ringing. By the break there had been much success including a celebrated course of Kent Major for one very happy, albeit ‘frazzled’ ringer.

As the glimmer of hope of lockdown lifting starts to shine, we debated how the future of these events may look. There is a lot of value in the virtual events, allowing people to join without having to travel, however, it will be lovely to meet in person again. We concluded to make the most of both and there are plans to have a mixture of live and virtual events in the future.

Next time is another virtual event on 22nd May. Do come along and give it a try if you haven’t yet. 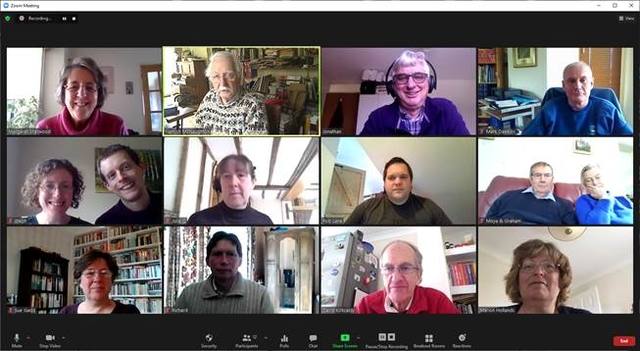 The second General Committee Meeting of 2021 took place on Saturday 6th March, no meeting having been held in February due to the Annual District Meetings taking place.

A moments silence was held before the meeting began, in memory of those members that we have lost since January.

We discussed the ADMs which had recently taken place via Zoom, all of which were well attended and enjoyed the use of online voting. Following on from the success of the ADMs the AGM will be held via Zoom on Saturday 8th May at 10:00.

Reports from Officers of the Association were received and approved for inclusion in the SCACR Annual Report. Sue Gadd presented the Draft Accounts for 2020 to the General Committee, which confirm that the Association is in good financial health despite COVID. There is concern as to how the pandemic is going to affect membership renewals for 2021 although early signs are promising.

With the Master’s term of office expiring in 2022, and the position of BRF Secretary due to become vacant, succession planning was discussed; the difficulty in filling roles within the Association was noted.

Work on the production of the SCACR Annual Report is now underway with Hamish providing an update on work undertaken so far. The Annual Report will once again be available either electronically or as a printed copy.

Looking ahead to life beyond COVID and lockdown, Survival and Recovery was discussed, each District having agreed slightly different ways in which to tackle this at the ADMs. A Quarter Peal week is planned to start on 11th September, a training course for the autumn may be organised dependant on which restrictions remain in force.