The Master’s Chain of Office 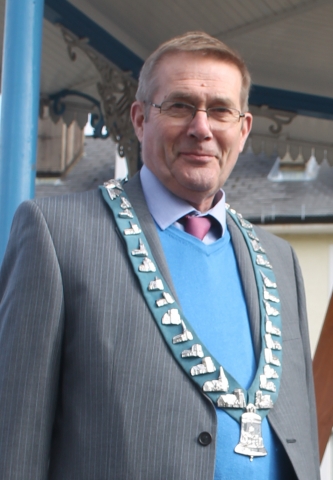 The SCACR Master’s Chain of Office depicts thirty-eight churches that joined the Association in its early years. This includes the twenty-five churches whose ringers founded the Association in 1885. The miniature representations of these churches are cast in silver metal and mounted on a blue leather band. The silver casting was undertaken by Sussex ringer George Elphick – who wrote a detailed and entertaining account of the making of the chain.

The chain is worn by the Master on official occasions including the Association’s ADMs and AGM, and for high profile public events such as the Horsham Festival of Bells 250 in 2016. The completed chain was presented to the Association in 1973. The creation of this beautiful and historic item was made possible by the generosity of Raymond Wood, a former Vice-President of the SCACR whose family had been ringers at Billingshurst for several generations.