It is with great sadness that we have heard of the death of Val Howard on Thursday, 8 October 2020.

For many years she rang at East Grinstead and more recently Fairwarp where she was tower captain. Val had been unable to ring due to failing health for a number of years.

It is with great sadness that we report the death of John Howard on 16 September 2020.

John for many years was a ringer at East Grinstead and was one of those who was involved in the project to have the eight bells there replaced with a new ten which were then augmented to twelve to mark the centenary of the SCACR in 1985.

He served the Association as Treasurer from 1976 until 1991, during which time the Sussex Churches Bell Restoration Fund was established and the SCACR became a registered charity. He was elected an Honorary Life Member in 1986. John had moved to France a number of years ago and he passed away in hospital in France, during the morning of Wednesday, 16 September.

We regret to announce the death (on 30 July 2020) of Leslie Baldock of St Mary's Eastbourne, one of the Association’s members with over 50 years’ service.

Out thoughts are with his family at this time.

Peter Dewar, who started learning to ring at Coleman's Hatch and was part of the 'Ringing Remembers' numbers, sadly passed away on the morning of Wednesday 6th May 2020. He had been admitted to the Princess Royal Hospital at Haywards Heath due to suffering from Motor Neurone Disease but as I understand, also contracted Covid 19, whilst hospitalized.

Peter, unfortunately, due to his declining health, eventually diagnosed as MND, never fully mastered the 'art' of campanology, so hadn't been proposed as a member of SCACR.

However, Peter was most proud to have received his 'Ringing Remembers' badge, which he wore with honour when he joined in with the service ringing at Coleman's Hatch for Armistice Sunday 2018, something he aspired to do, in memory of his Uncle.

Our thoughts are with his family at this time. 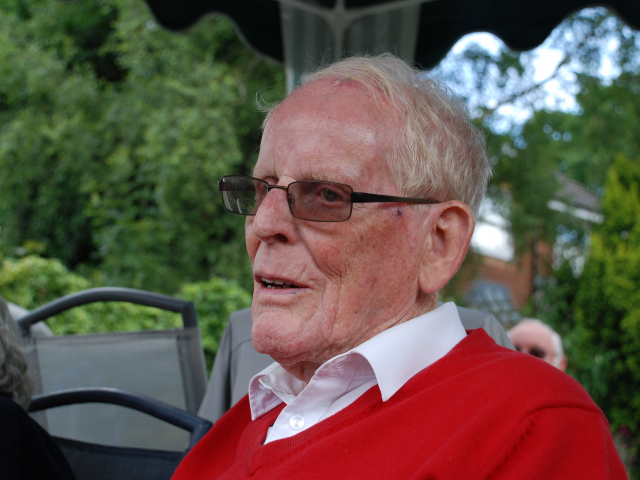 It is with great sadness that we report the death of Tony Jones on 11th February 2019. He was a long-standing member of the Horsham band.

Our thoughts are with his family at this sad time.

Tony's funeral will be at St Mary's Horsham on Tuesday 10th March 2020: half-muffled ringing from 10:15am, service 11am followed by reception in the Causeway barn afterwards.