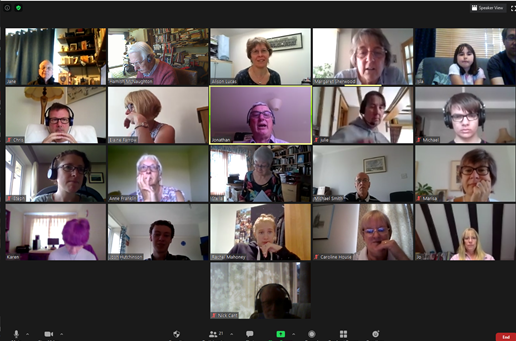 The great thing about Zoom and RingingRoom is that it doesn’t matter where you are in the country, as long as your Wi-Fi is strong you can join in ringing events worldwide. So I was able to enjoy the best of both worlds on Saturday 19th September, surrounded by the Yorkshire hills and ringing handbells with several of my Sussex friends at the SCACR Handbell Morning.

In all 23 ringers aged from 8 to 90 signed in nice and early, keen for the morning ahead. Handbell ringing has found a new lease of life in these ‘Covid Times’. They came from the West, North and East of Sussex, and even the newly departed university recruits were able to ‘pop’ back through the airwaves – well until the laptop crashed anyway!

Those brand new to handbells joined with more seasoned ringers to increase skills and confidence. I think there were as many tips for using Zoom Conferencing as were offered for handbell ringing. Inevitably there were a few technical blips, but as more and more of us use this virtual technology, the better it seems to work.
The morning resulted in some great progress. There are a few people who have now rung plain hunt, and indeed even Kent TB Major on virtual bells, but not yet had the opportunity to ring on real ones. Seasoned RingingRoom users rang two bells for the first time, and ringers who have been practising handbells for a while responded just as you should to the unexpected call of ‘single’!

The use of the ‘shared screen’ allowed for theory as well as practical learning, and lots of work was put in to learning new positions, parallel dodging, and even conducting. Breakout rooms allowed us to split into smaller groups to focus on the learning ambitions that had been shared.

Still a sociable event too, there was time for a chat in the coffee break and the chance to see faces not seen for a while during this somewhat surreal year. We were even able to do a mini tour of Marisa’s art gallery!

Huge thanks are owed to Hamish and Jonathan for arranging the morning and to all the experts who offered their time to support it. It looks like lockdown and virtual ringing is going to be with us for quite a few months to come, so this won’t be the last handbell morning. The next Handbell event will be on 28th November 2020. 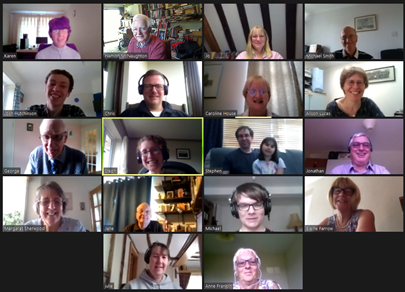 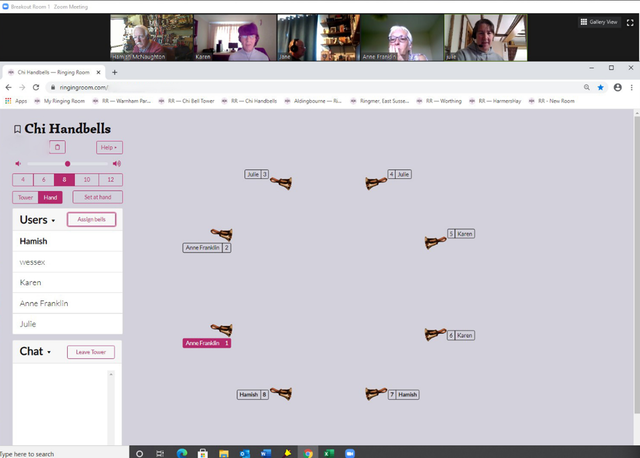 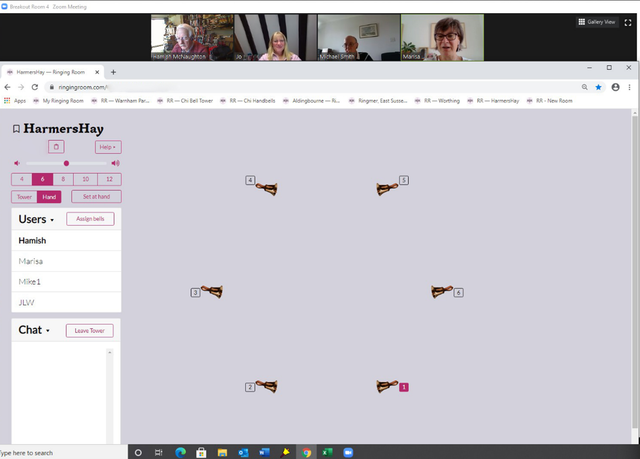