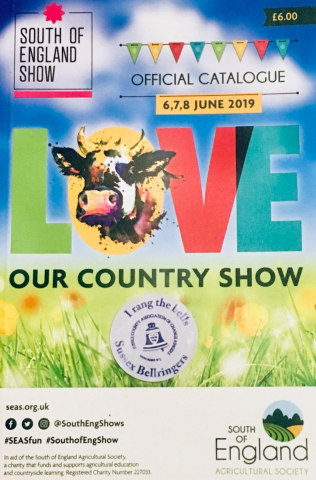 Another successful year at the South of England Show with the Diocese of Chichester who let us have a good number of complimentary passes. Marisa Hayes kindly organised the printing of a stock of stickers for SCACR to say ‘I rang the bells’, which go down particularly well with the school groups and youngsters attending the show.

In return for offering to help for half a day on the mini belfry, each volunteer had the opportunity to spend the rest of the day looking around the show, and with tickets at over £18 each we filled the spaces in good time. I found out the hard way though that the wristbands we were issued (instead of the flat complementary tickets) need padded envelopes to survive the rigours of the postal system’s mechanical franking machines – some turned up in torn envelopes, others were delayed considerably!

On Thursday a band of Roving Handbell Ringers, organised by Jonathan Franklin moved around the site, delighting showgoers with their ringing. They caught up with Iain Nichol, CEO of the South of England Agricultural Society who had a go on the handbells. 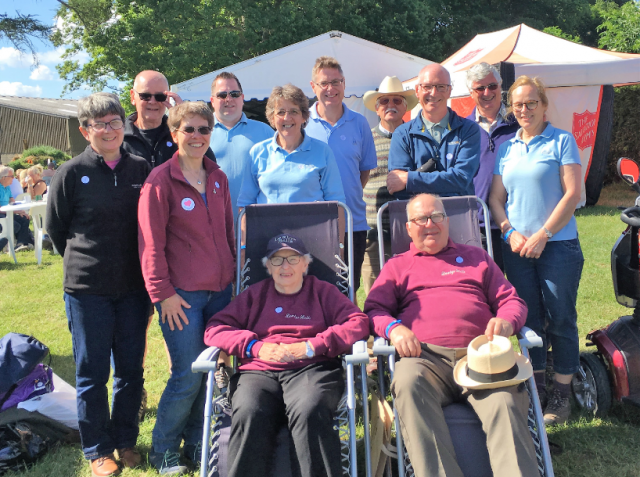 Friday’s weather proved challenging so put Alan’s new cover to the test, and it kept us and the bells nice and dry. Mike Woodford had kindly brought a gazebo for our belongings (chairs/packed lunches/cakes) so we kept things dry – not so Hazel and Tony Mottram’s 4 year old grandson who was there with his other granny and grampa, and kept getting drenched when the rain tipped off the gazebo roof in the wind! 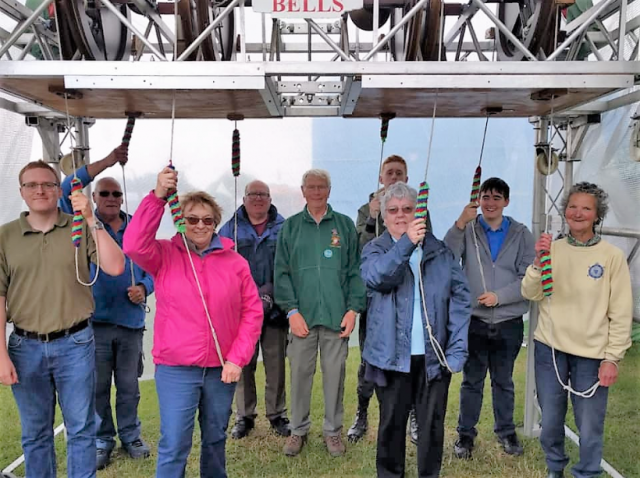 Nick MacMahon from Surrey also helped on the Saturday, and visiting ringers from Sussex, Surrey and even Alderney in the Channel Islands came to grab a rope too. Great fun was had by all, and we look forward to 2020 – get your names down now if you’re interested!